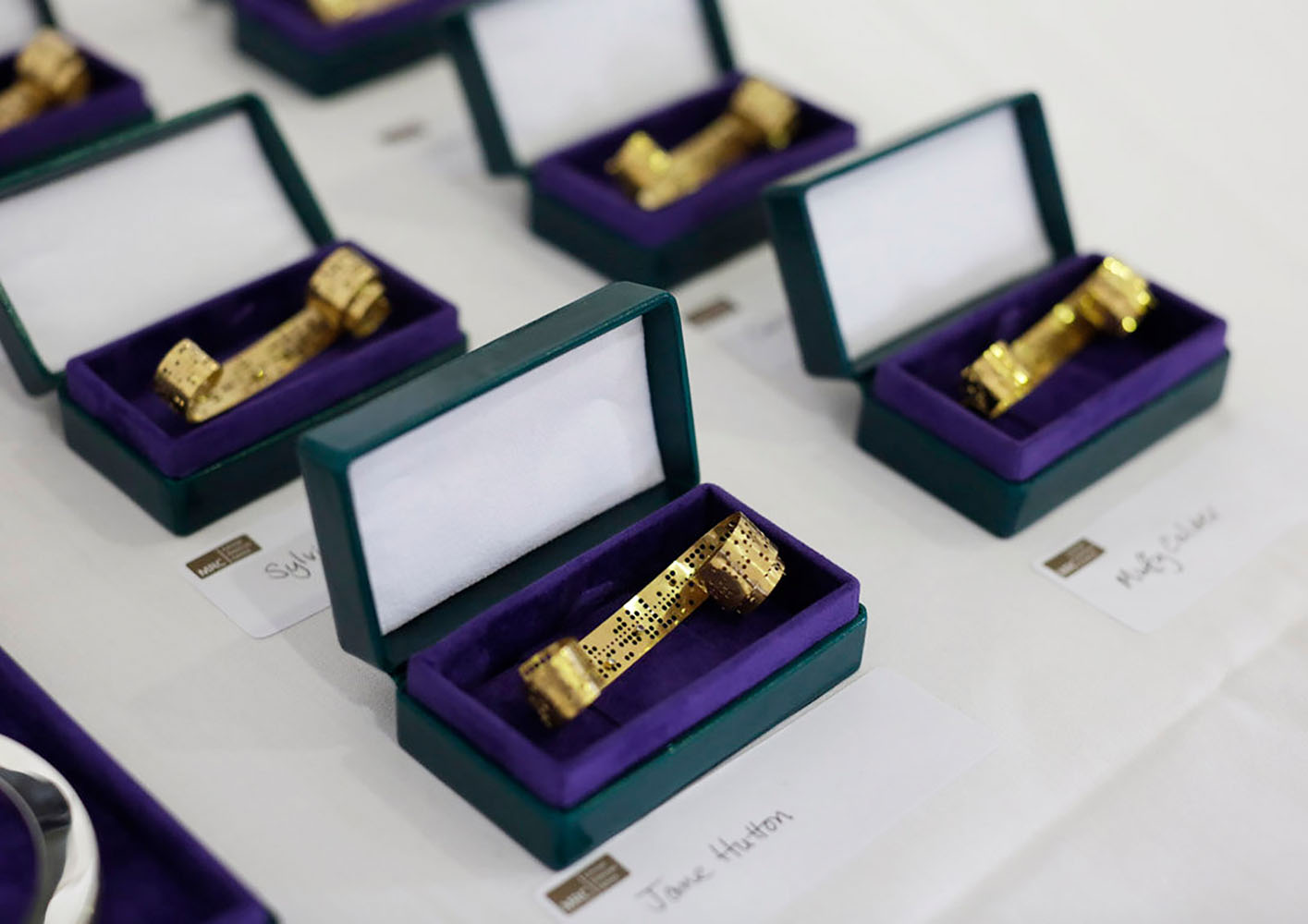 Prize designed for the Suffrage Science Award 2016 for pioneering women in the fields of mathematics and computing.

‘Pattern of Thought’, the batch produced brooch based on Veronika’s design is a golden punched tape, coding famous suffrage banners including ‘Deeds not words’, ‘Courage Constancy Success’ and ‘Through thick & thin we n’er give in’.

The design was influenced by the original suffragette medals, which represented and communicated membership to the group and had an important role in group cohesion. The punched tape reflects the importance of mathematics and IT as one of the earliest ways to transfer data and instructions to machines, and a form of communication corresponding to the strong public relation content of the suffragette movement. 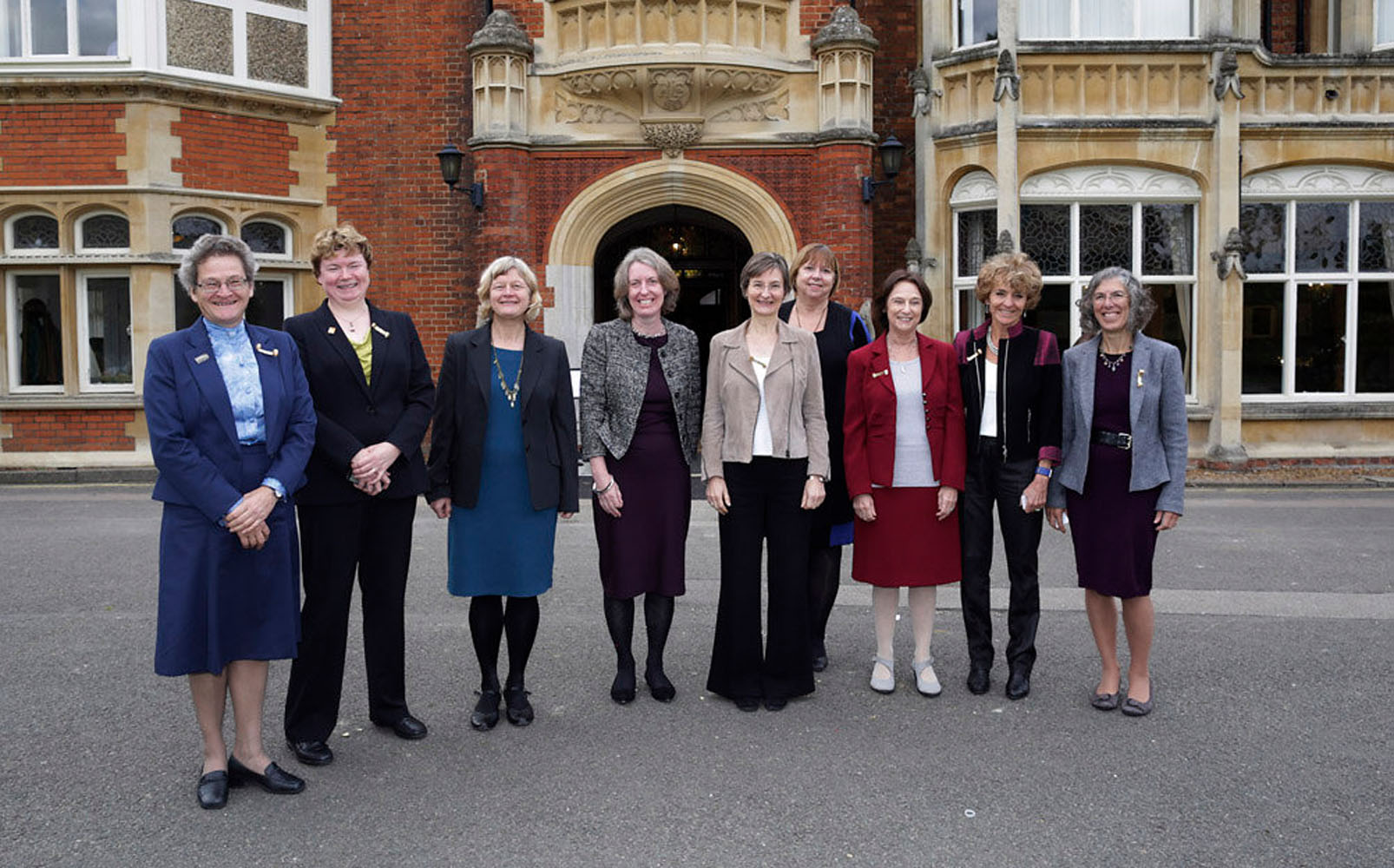 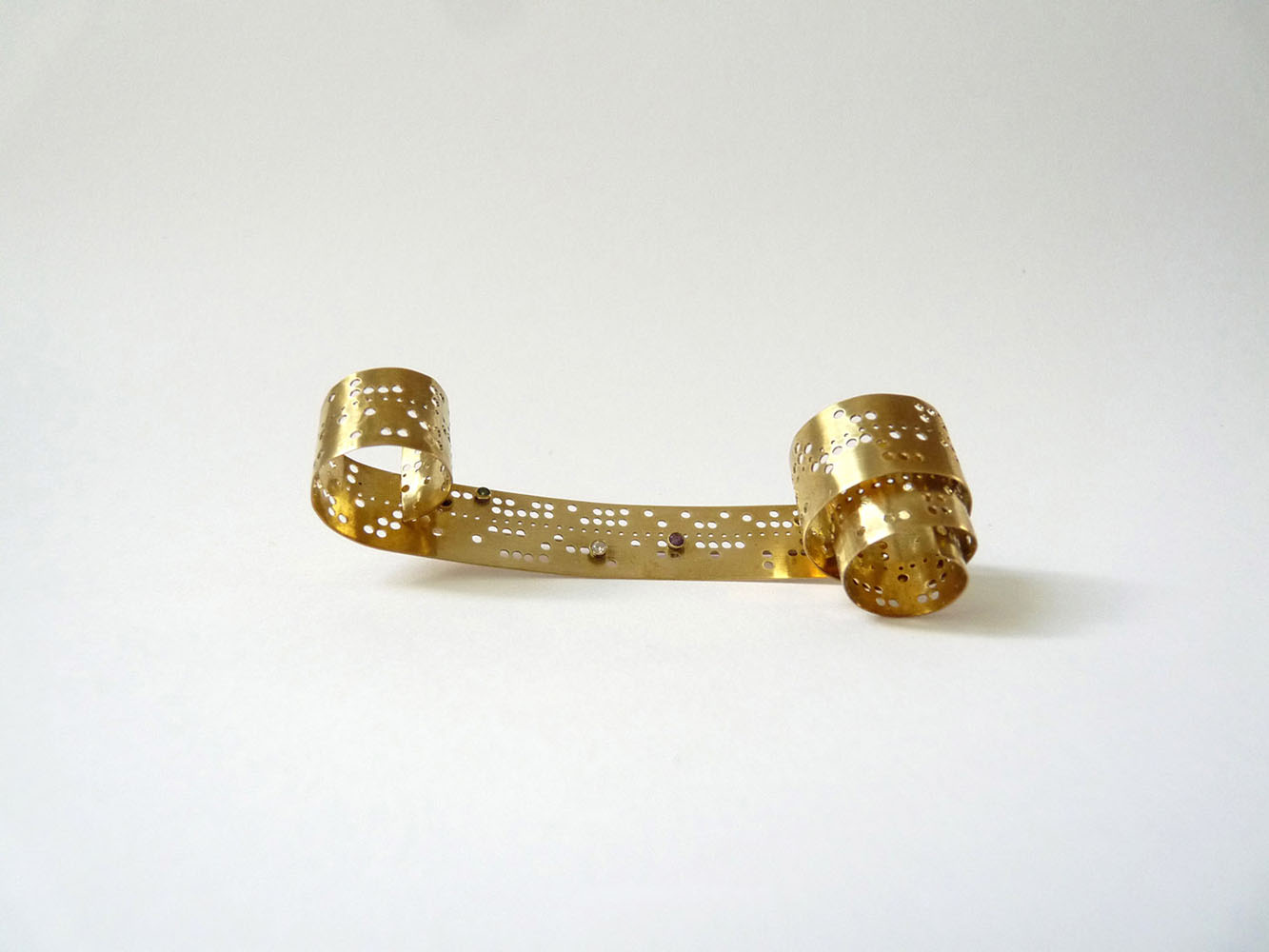 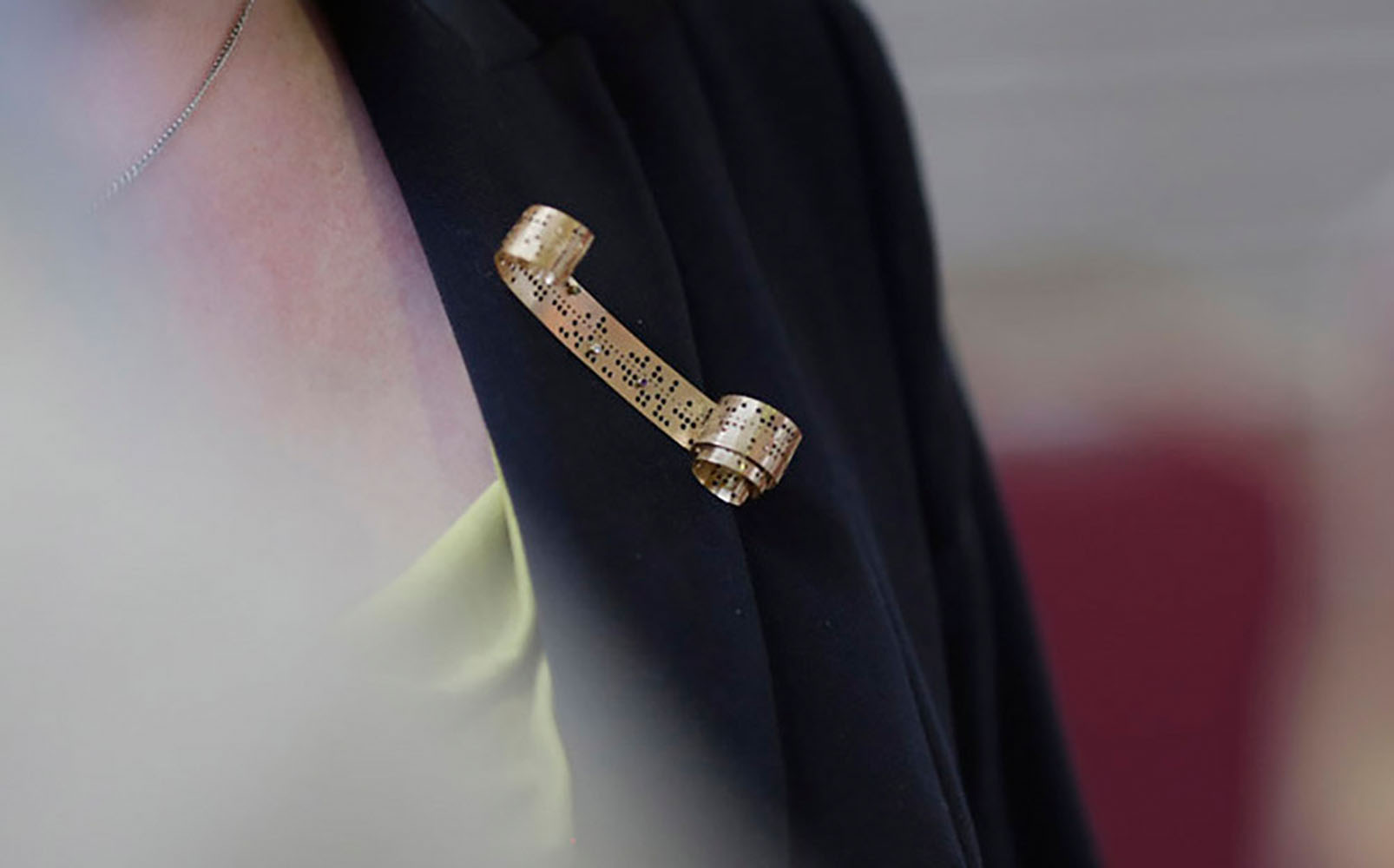 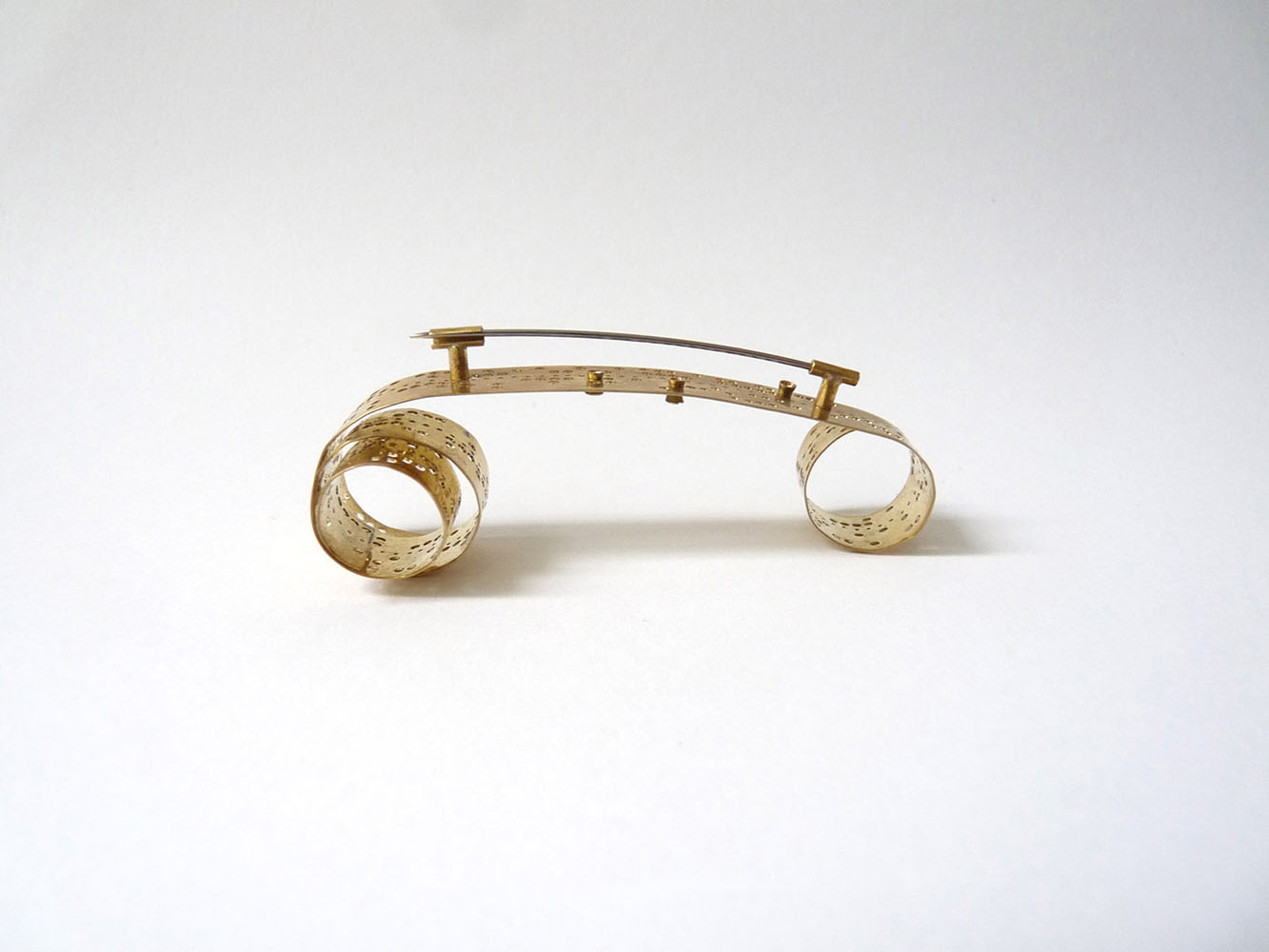 The brooch prize was followed by other punched tape jewellery.

The brooch prize was followed by other punched tape jewellery. 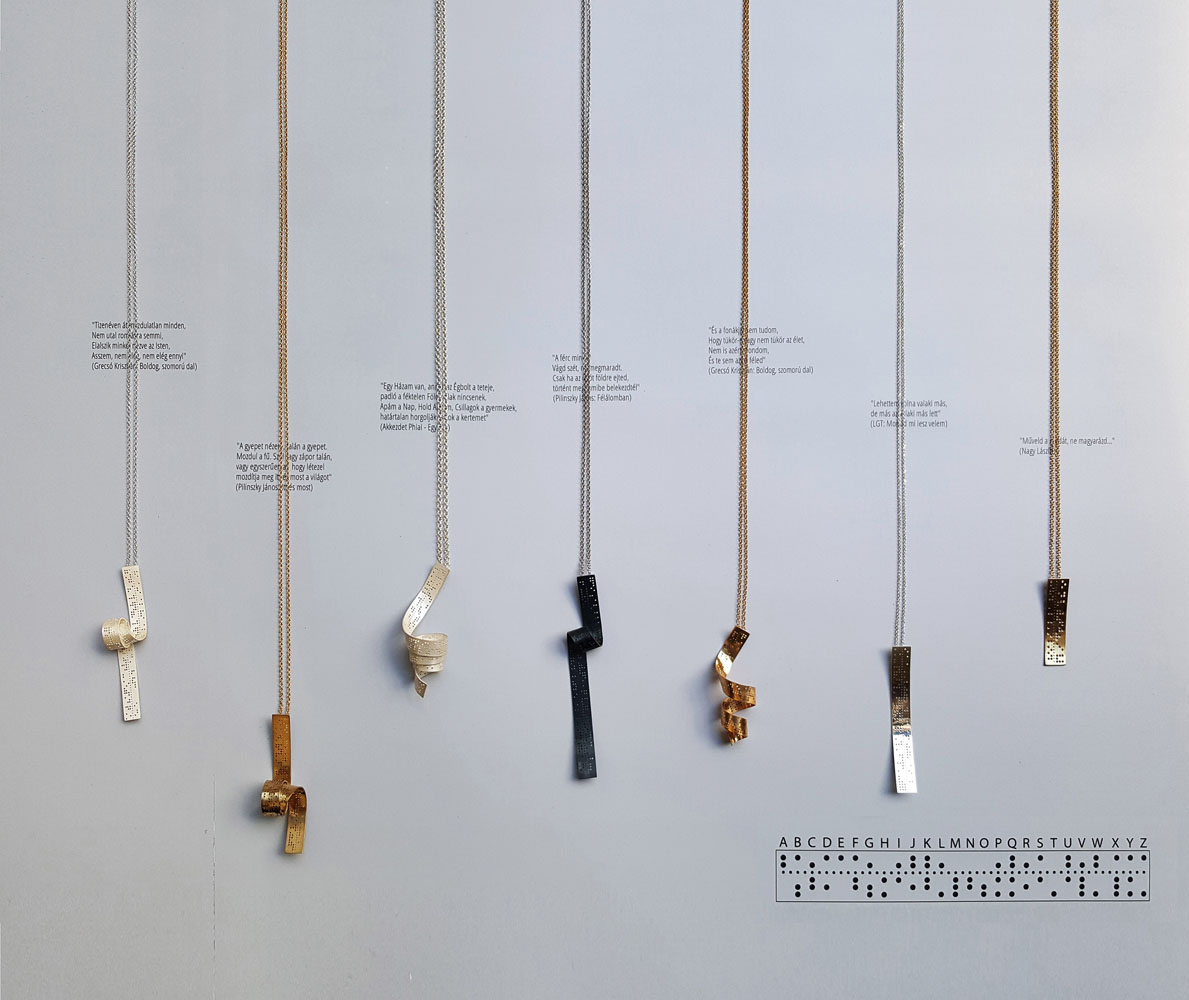